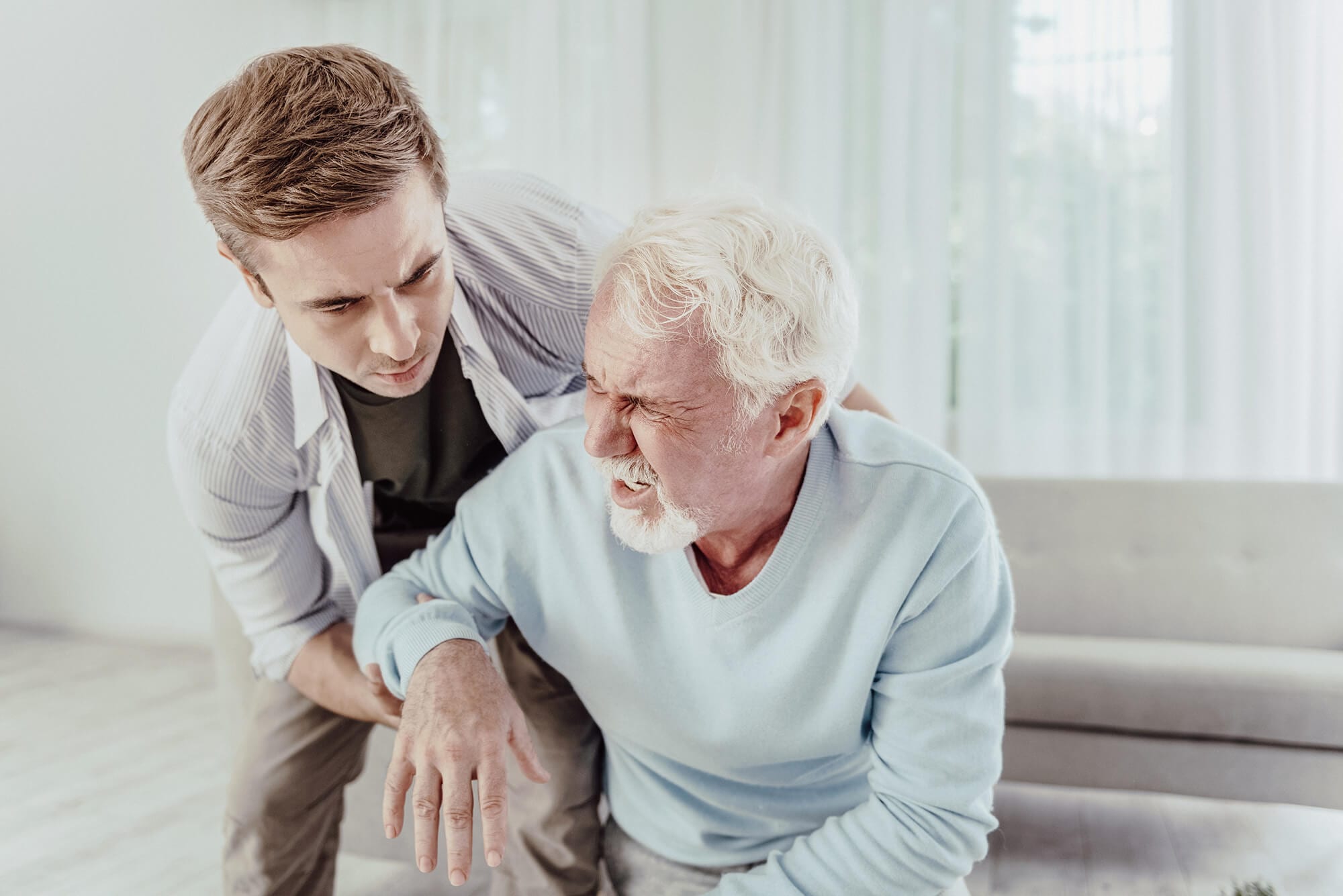 What is a stroke?

A stroke (also brain infarct, Insult, apoplexy, ictus)  is the sudden and very serious circulatory disorder in the brain triggered either by the blockage (obstruction) of a brain artery or when a blood vessel breaks and bleeds into the brain.

Blood is essential for the brains support with oxygen and nutrients and such a circulatory disorder or broken vessel can lead to an undersupply of brain cells. This causes nerve cell (neurons) death or severe impairment. Consequently, the affected brain region cannot function properly anymore.

Depending on where the blood supply in the brain has been interrupted different symptoms can appear – for example paralyses or speech disorders, male and female persons are equally affected. A stroke happens very sudden, it “strikes people down” literally.

Stroke affect man and women more or less with the same frequency – men suffer from stroke a bit more often but due to the higher life expectancy of women the higher male incidence is levelled off.  Independent of the gender, the lifetime risk to suffer from a stroke is 25%, one in four persons.

Time is brain! A stroke is ALWAYS an emergency, every minute counts. The earlier the symptoms are recognized and medical treatment can start the better the chances are to avoid longterm consequences.

How can I detect a stroke and what are the most important symptoms?

A sudden occuring acute weakness or one-sided paralysis is a charasteristical symptom for a stroke. An arm or a leg suddenly seem limp or paralysed, the person cannot get up from the chair  or falls without any obvious reason. Simultaneously a feeling of numbness appears, touches on the arm, leg  the face are not recognized. The affected person suddenly moves his hand or leg awkwardly. Also a tingling feeling in fingers and hands can be a sign of stroke.

A stroke can lead to a sudden vision disorder (eye flicker, “lightning”, black spots…). The affected person recognizes a reduction of his visual field, overlooks objects on one side or spatial vision is impaired. This can lead to accidents. The affected person appears to be insecure and without spatial orientation. Double- and blurred vision can also point in the direction of a stroke.

The following symptoms can also be associated with a stroke

Vertigo and impaired balance which suddenly appear, in rare cases also sudden hearing loss. Normally in combination with other symptoms

Suddenly appearing and unusually severe headaches (like being hit by a whip) or a stinging pain at the temples can be triggered in some rare cases by a brain hemorrhage.

If a stroke is suspected, call the Emergency Medical Service immediately!

Every stroke is an emergency and the affected person needs medical treatment immediately. Call Emergency Medical Services (EMS) instantaneously and name the symptoms as well. Every minute counts. Especially the first hours decide about the extent of the brain damage. For example: a blood clot can be dissolved by thrombolysis within the first 4 ½ hours after stroke.

In rare instances a stroke can also affect younger persons (juvenile stroke). Occasionally it may happen that – due to age – stroke is initially  excluded as the cause of the medical problem resulting in  delayed hospitalisation treatment. According to the foundation “Deutsche Schlaganfall-Hilfe” younger males up to 40 years are the patient group receiving medical care the latest.

Ask the person to smile. Can you observe a drooping corner of the mouth?

Can the person stretch both arms in the front and turn the palms upside?

Ask the person to repeat a simple sentence.

Affected person is unconscious or beginning to loose consciousness: